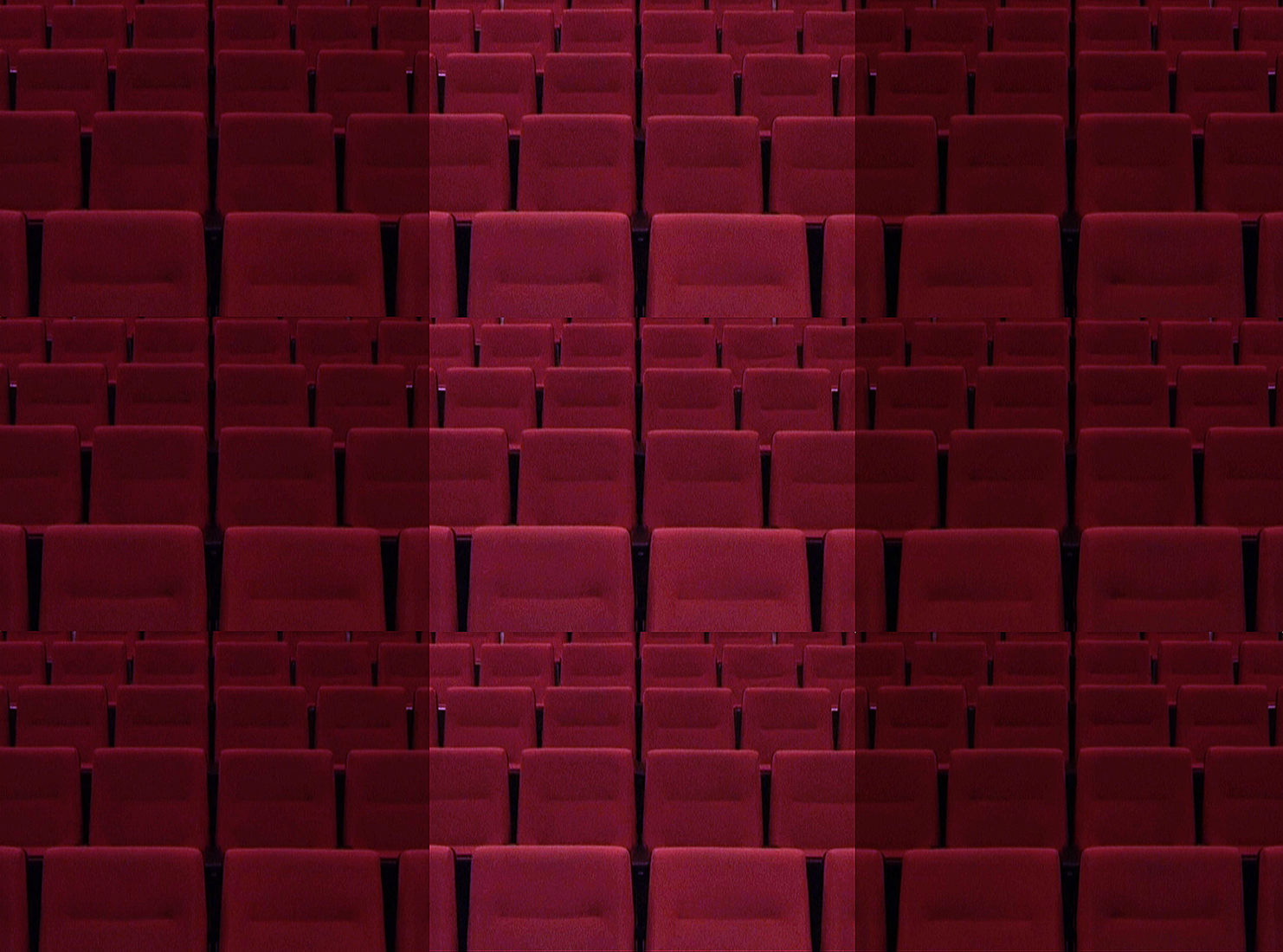 In the south gallery an installation by Spanish artist Javier Viver The Audience, (2005, video and theater chairs, 4.5 minutes). The three video channels are projected on contiguous panels while the viewer sits on red theater chairs that are constantly lit. Viver draws an analogy with The Big Theater of the World (El Gran Teatro del Mundo) a masterpiece written by Calderón de la Barca during the Spanish Golden Age. In the video we can see the last minutes of an opera performance: each singer bows and receives the deserved applause from the audience, but the audience is missing. We can hear the clapping, but we can not see where it comes from. The minimalist monotony of the empty theater is broken by three mysterious eyes looking around. Could this be the eye that sees everything? 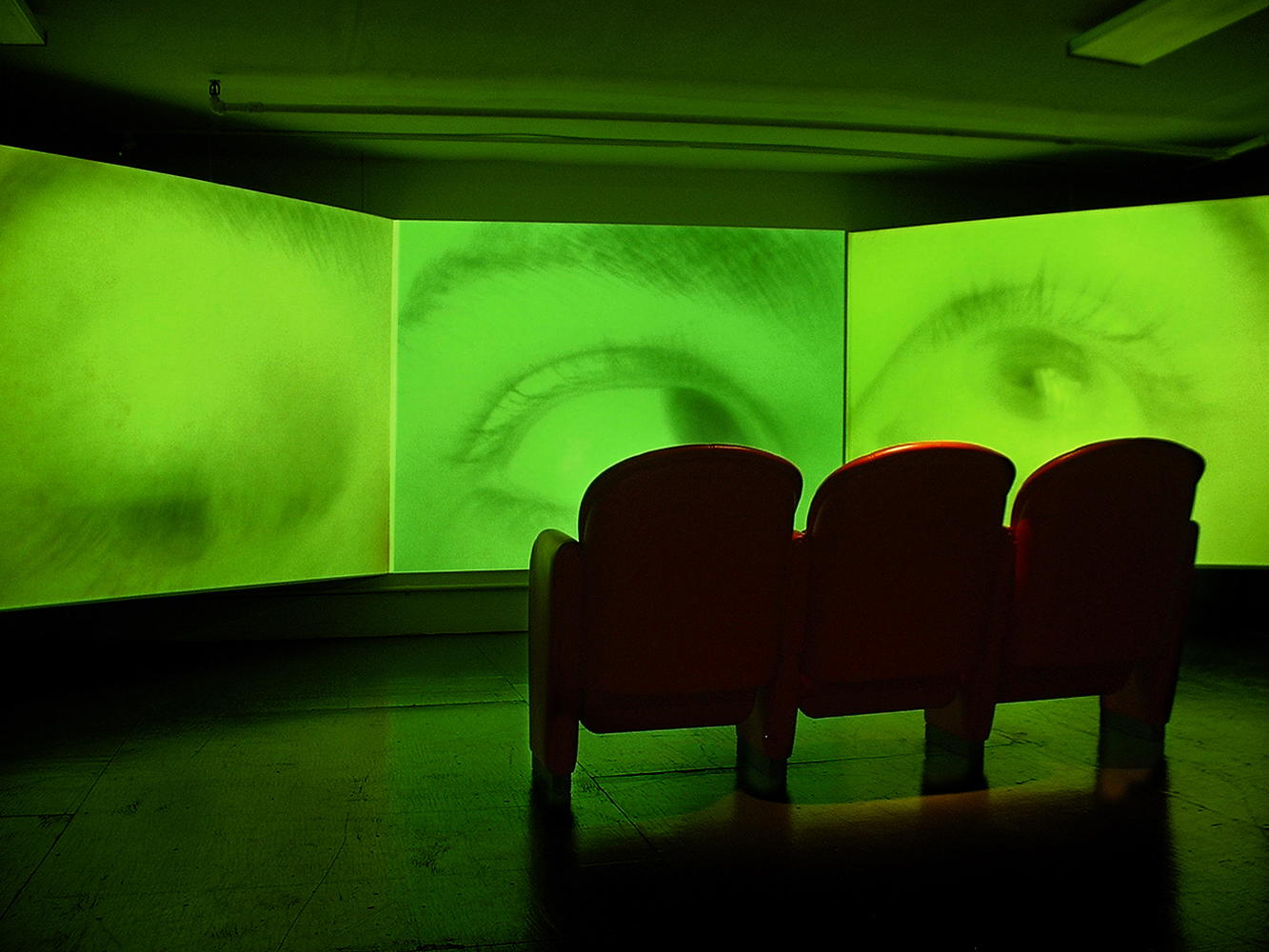 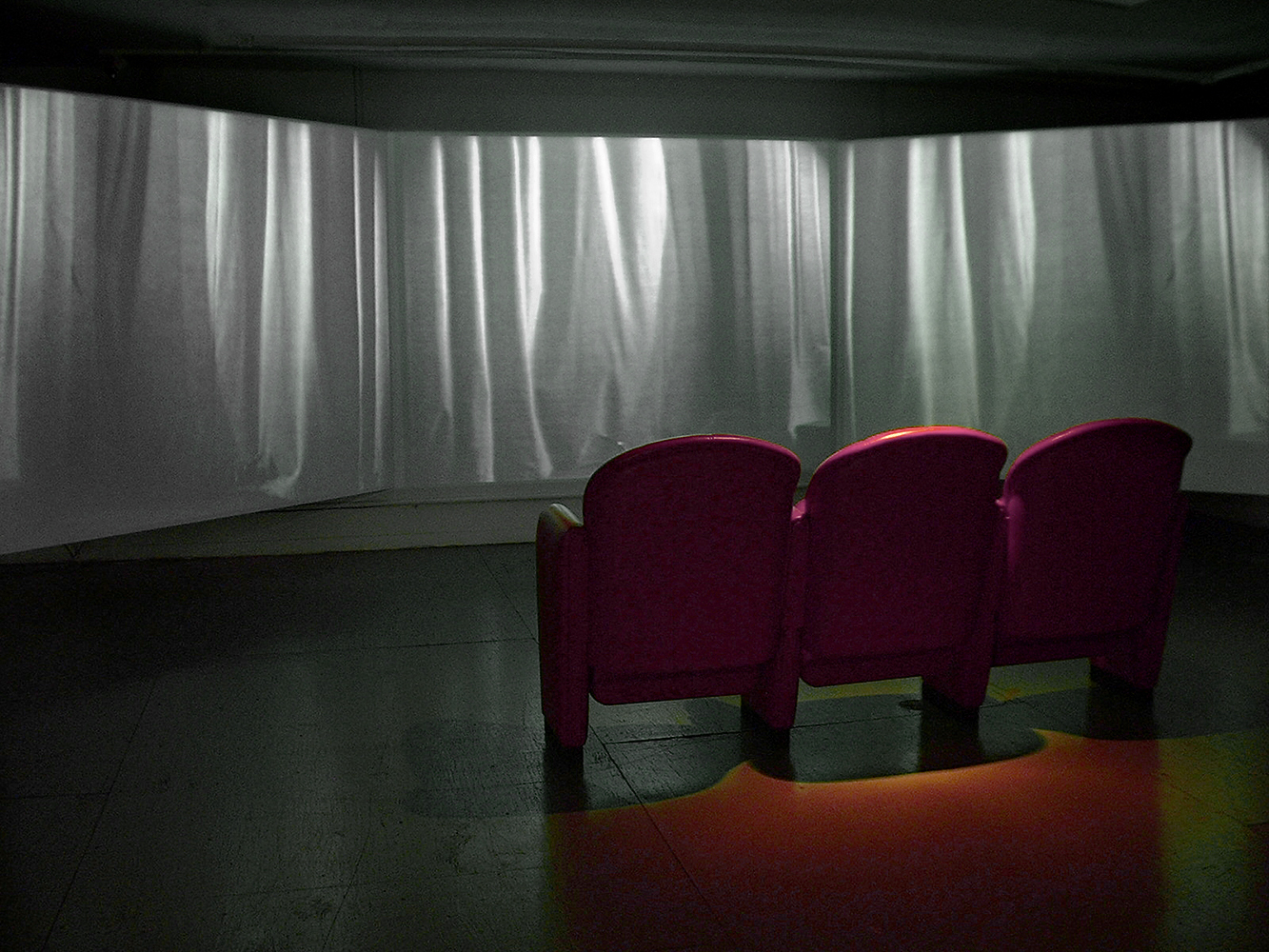