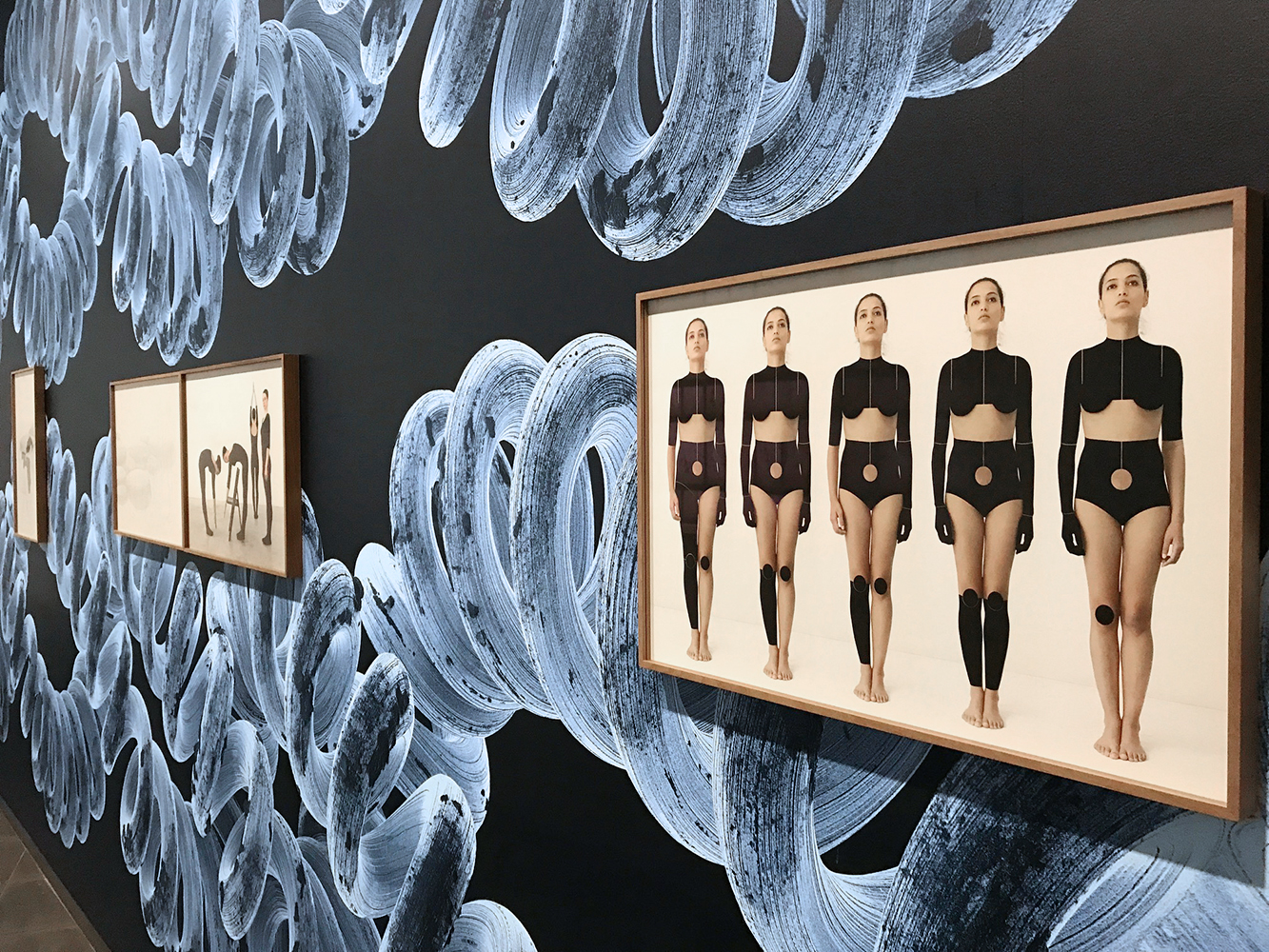 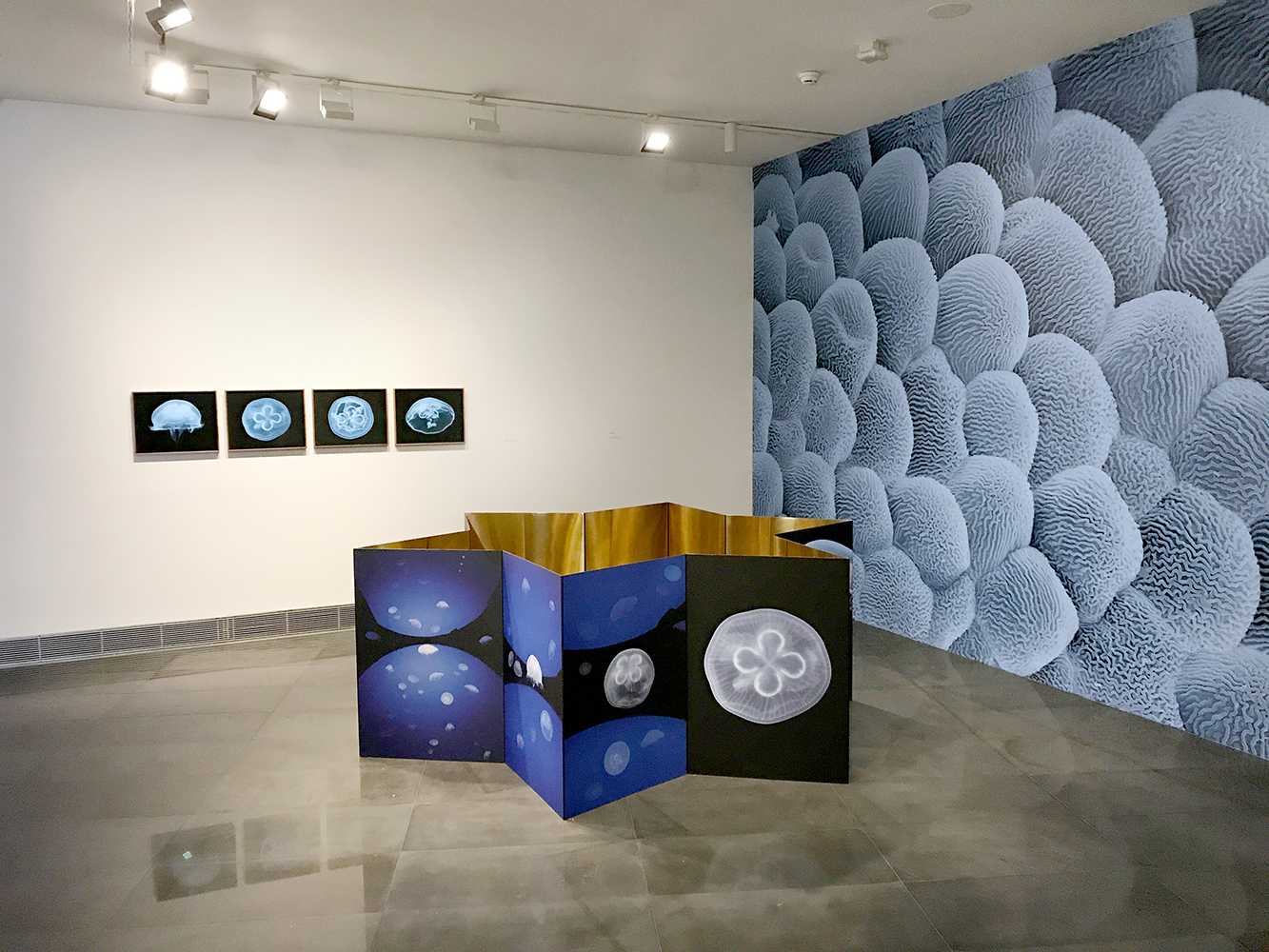 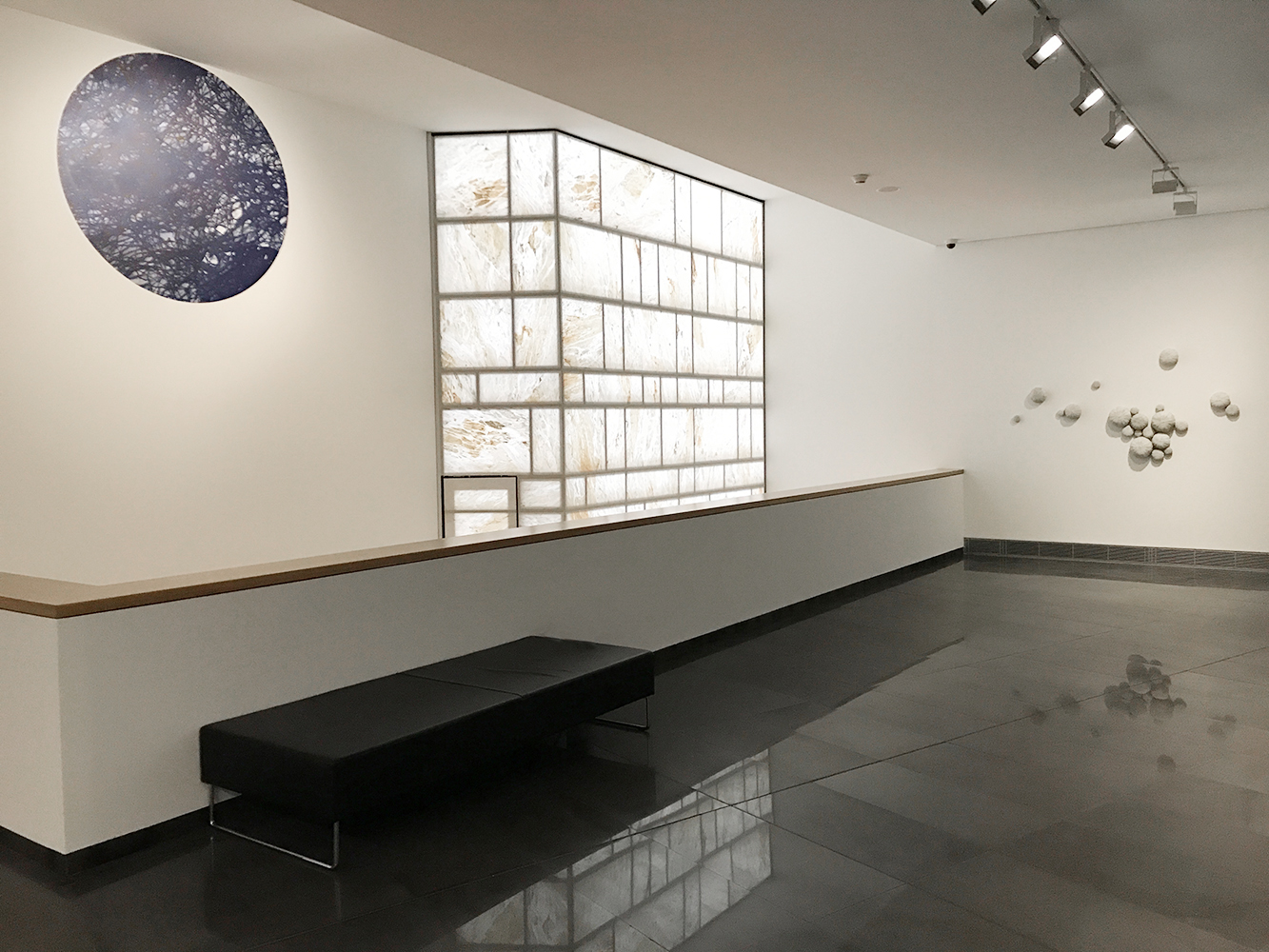 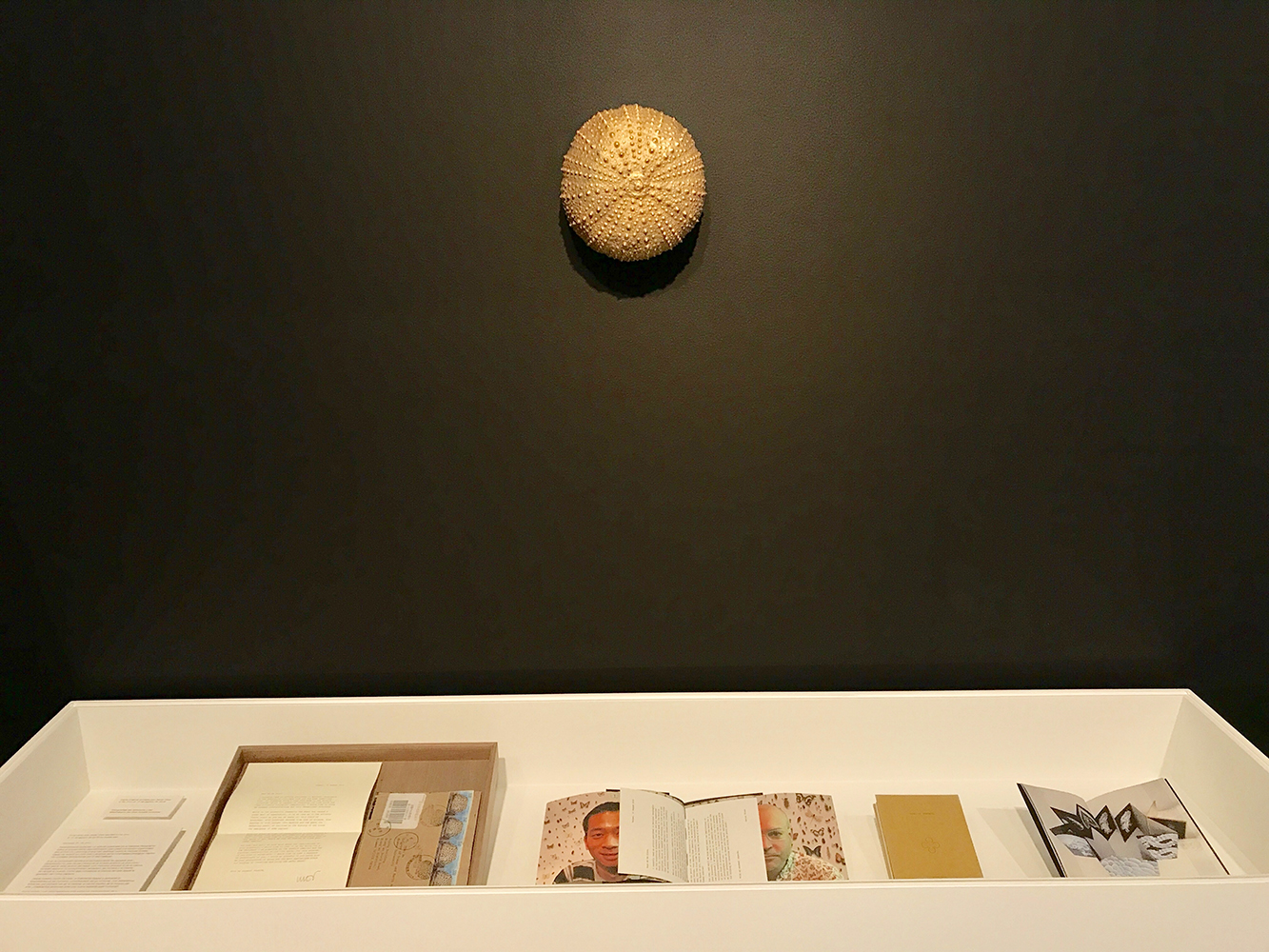 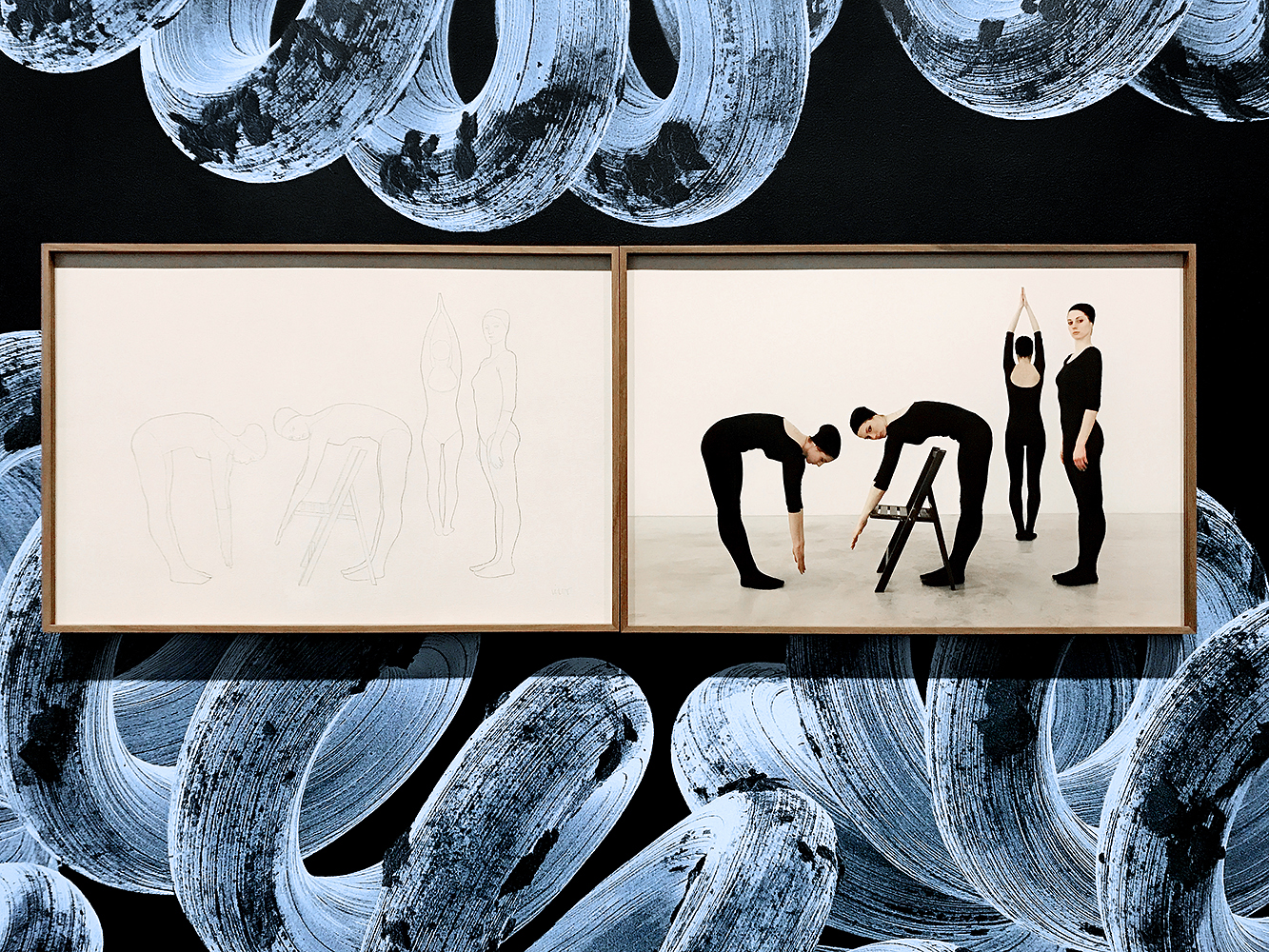 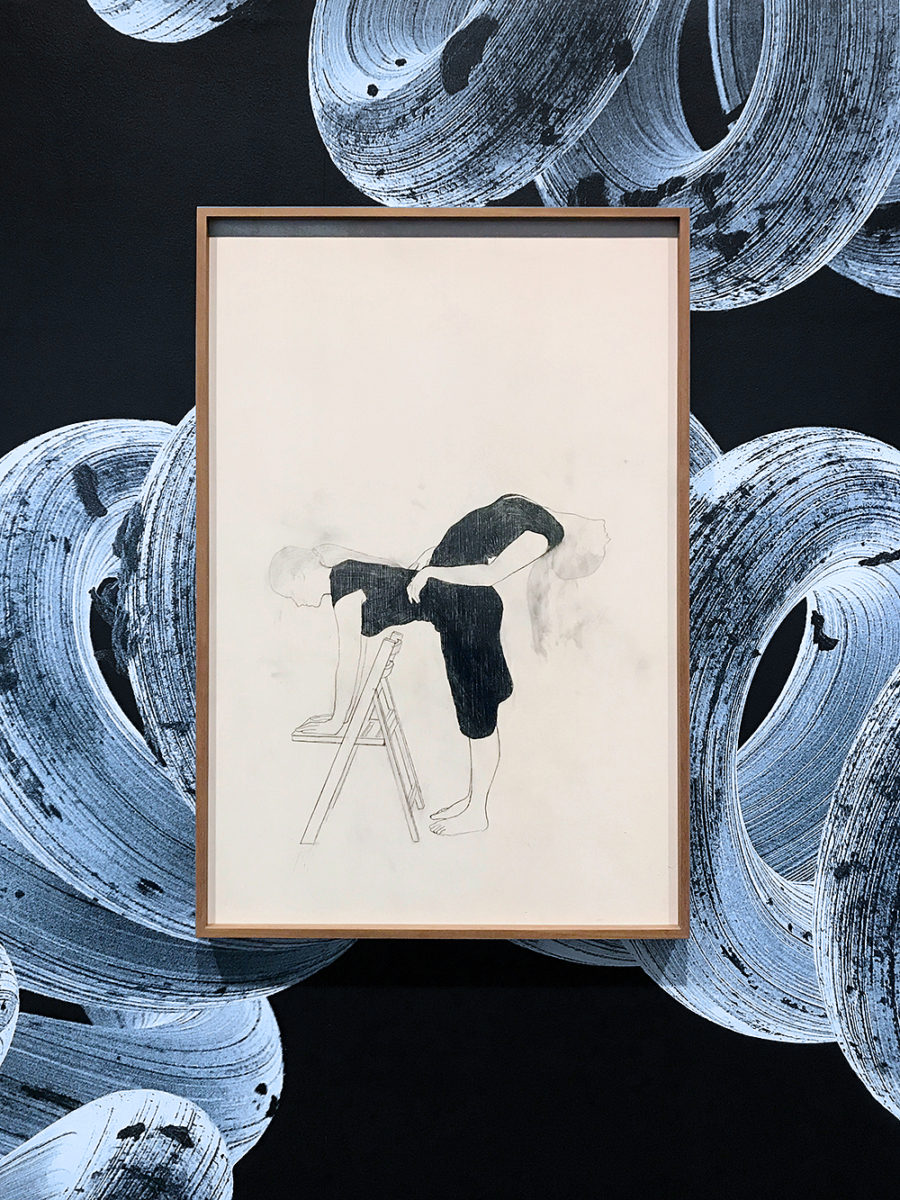 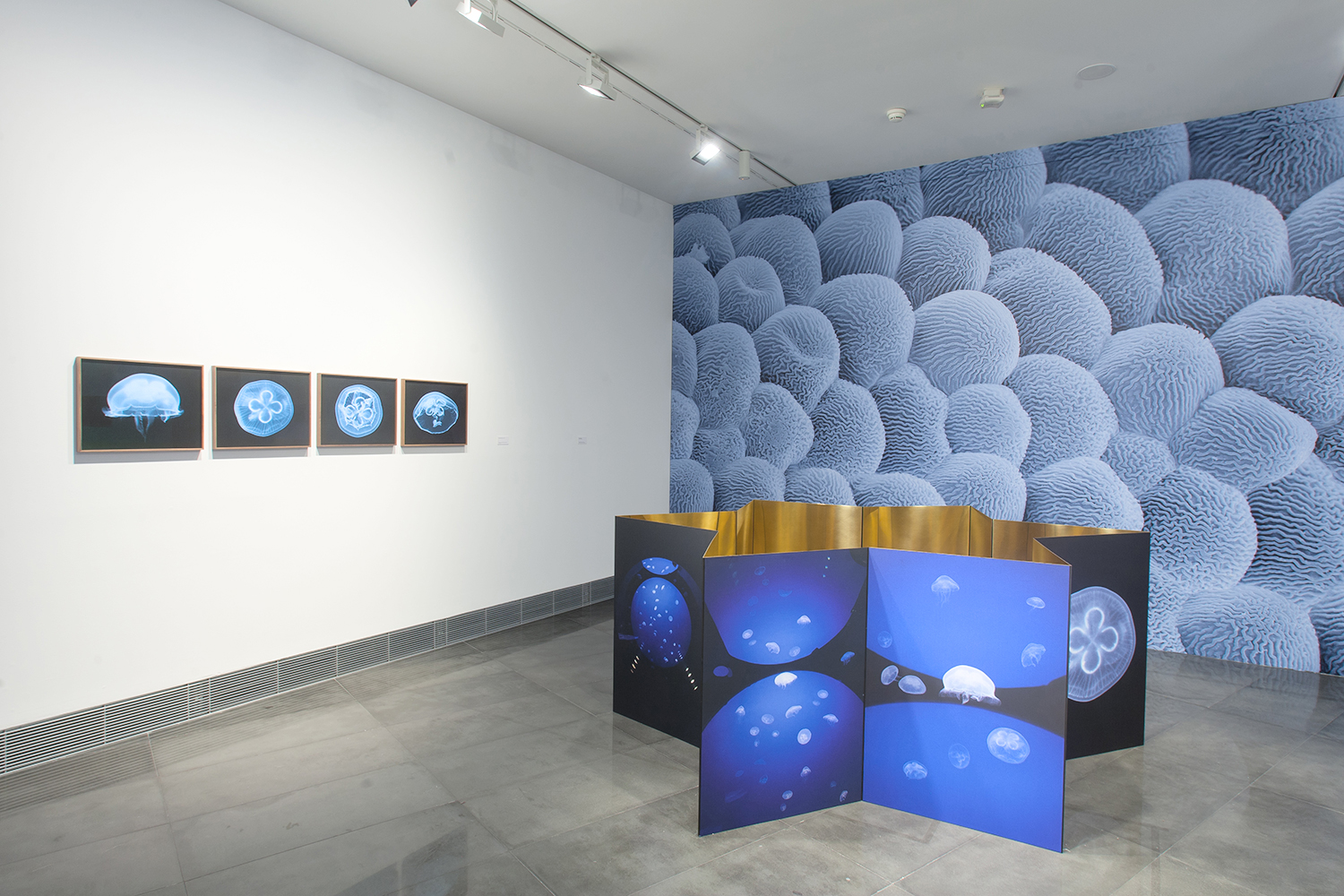 The artist Javier Viver has installed an exhibition at the University of Navarra Museum with 45 unpublished pieces in which he reflects on art, science, nature and ethics, based on the observation of a type of jellyfish that self-regenerate and never die.

The exhibition consists of five murals printed with microscopic images of jellyfish on a large scale; 27 photographs of the transhuman species, the immortal human bodies imagined in the future; four photographs of human remains from Pompeii, anonymous and belonging to the Collection of the University of Navarra Museum, on which the author found the inspiration to begin this project; four sculptures; three drawings; a video, whose soundtrack has been made by the composer Lucas Bolaño and which sounds the room, and a photobook, which in the exhibition is shown in its real format inside showcases.

The exhibition is entitled ‘Aurelia Immortal’. “This exhibition is not a scientific show, but rather an artistic discourse on the eternal fight against death. It is a fictional story based on procedures obtained from science”, Viver pointed out.

In order to intellectually address all the themes that the exhibition suggests on identity, conscience, particularity and globality, ethics, science and nature, the University of Navarra Museum will organize a conference in September with researchers from various areas, open to students and the general public.

In December 2015 the Chinese student of marine biology He Jinru published in the scientific magazine Plos One the surprising property of the Aurelia jellyfish, capable of reaching biological immortality.

This scientific discovery serves Viver to propose a narrative that oscillates between scientific documentation and fiction. The story is told from the year 2046, in a hypothetical future in which the advances of biotechnology have allowed the development of a transhuman species, whose life could be prolonged indefinitely.

Seen from this fictitious future, the discovery of the properties of the Aurelia would have been decisive for humanity. Based on this narrative, Viver’s project proposes a reflection on immortality in human beings, nature and art. 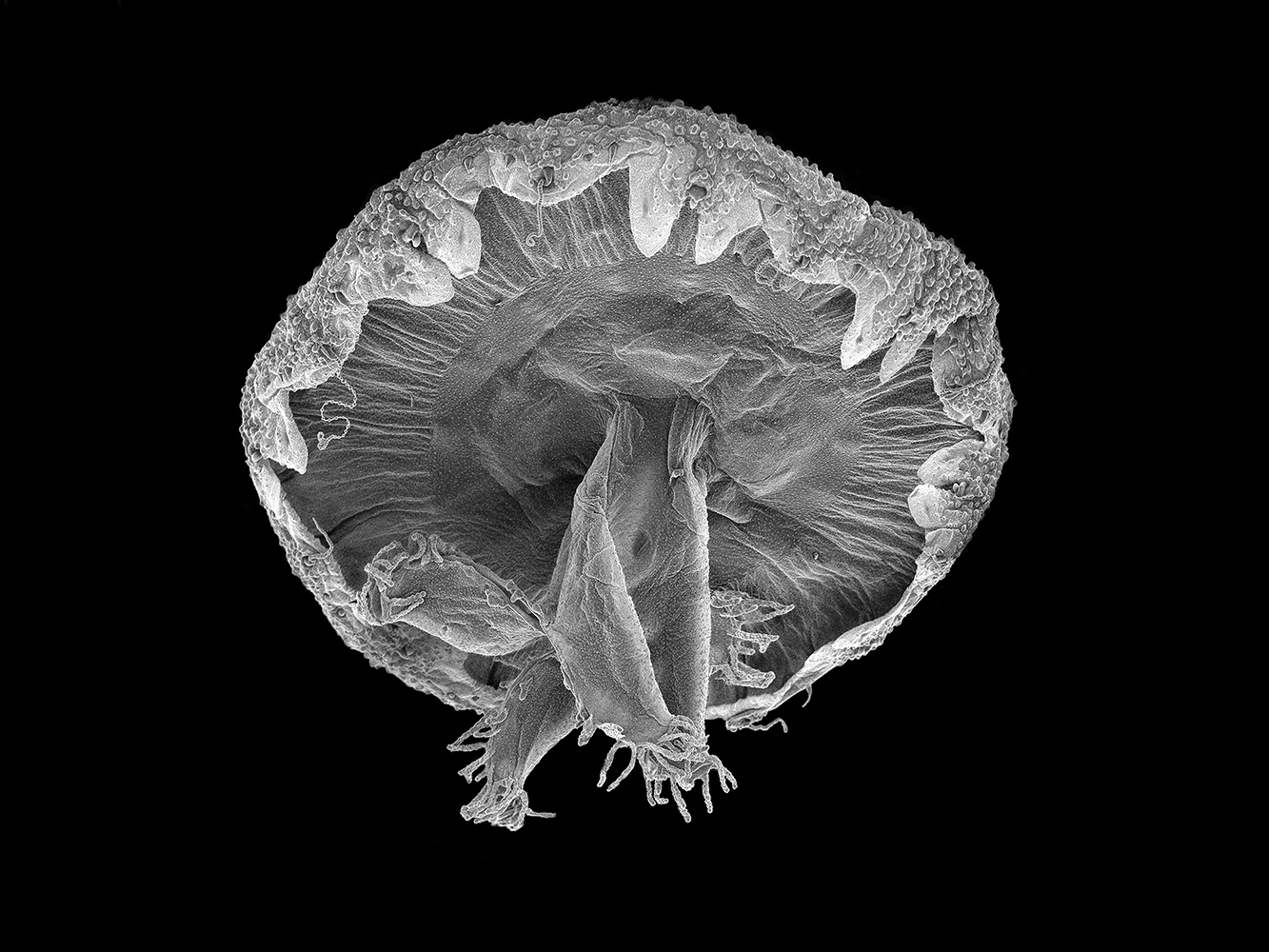