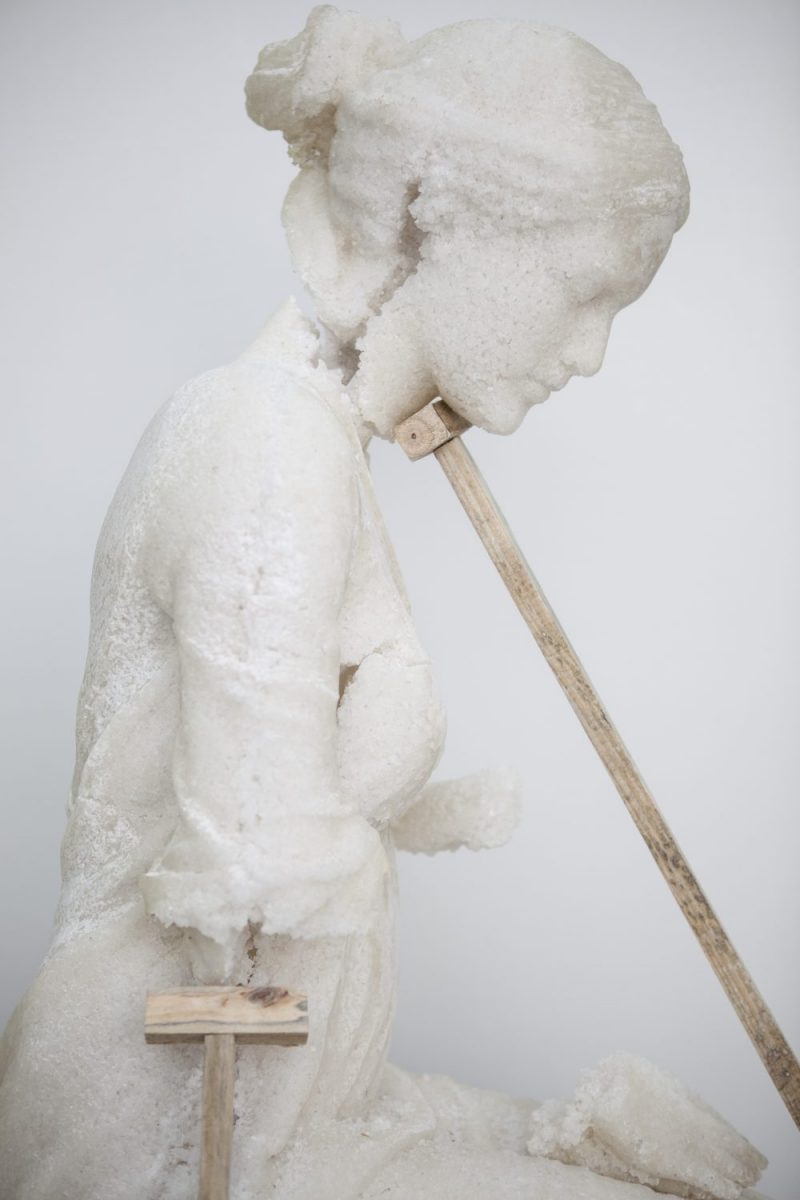 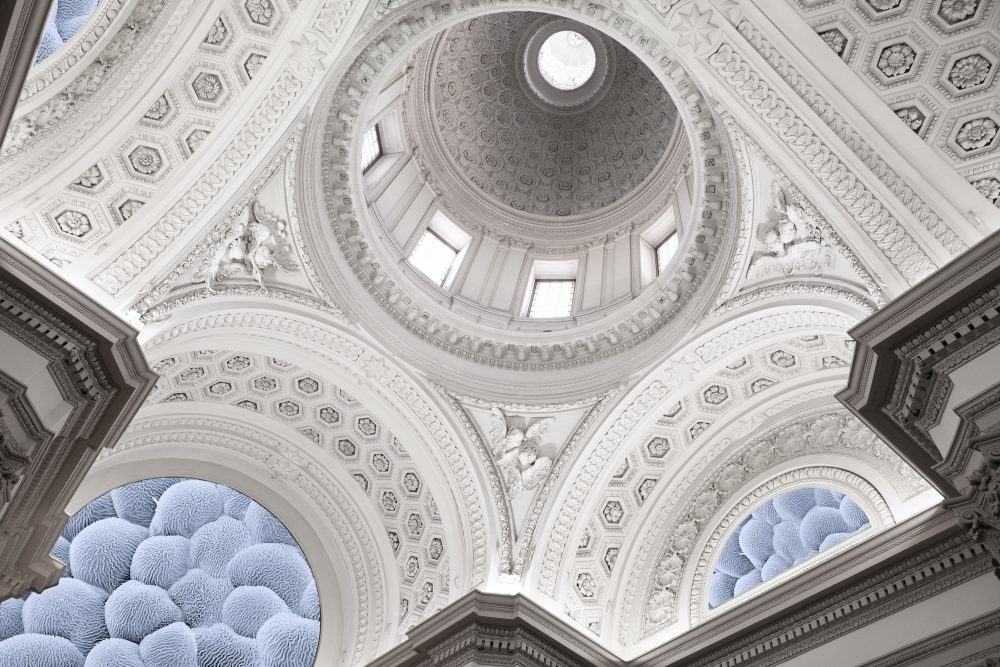 Javier Viver dialogues with the pieces from the Lázaro Galdiano Museum in his latest exhibition: Museum of Passions.

The Lázaro Galdiano Museum’s collaboration with contemporary artists is longstanding. Through the intervention of current creators it manages to bring its collection, which focuses on pieces from before the 20th century, into contact with the present. These interventions often take place in a room of modest dimensions on the first floor of the building. On this occasion, Javier Viver has extended his influence to practically the entire museum.

At the opening of the exhibition, Carmen Espinosa, chief curator of the museum, and the author himself spoke to a large audience. Both stressed the importance of this kind of project, which exemplifies the relationship and closeness – not always evident to the general public – between classical art and our contemporary culture. The participants then dispersed in search of the pieces belonging to the exhibition, whose discovery was received with expressions of surprise.

The artist, sometimes defined as a sculptor-imaginer, also dedicates his efforts to photography and the edition of artist’s books, fundamentally in the variety of photobooks. In this exhibition he combines several projects developed in the past with newly produced works.

The common thread is human passions, for which he uses both works from the collection and documentary photographs from his books Révélations -National Prize for the Best Art Book of 2015, which includes the photographic records of the Parisian psychiatric hospital of the Salpêtrière-, Aurelia Immortal -which revolves around this species of jellyfish, considered biologically immortal- and Cristos y Anticristos (a 1930 gospel illustrated with images of the Civil War related to religious profanation, soon to be published). This story is completed with sculptural installations centred on the human figure, fundamentally on the biblical character of Edit, Lot’s wife.

The main piece, six metres high, observes the visitors from the hall of what was Galdiano’s residence. It is inspired by an engraving from the Liber Chronicarum, of which the museum has a copy, which illustrates the story of Edit who, after leaving Sodom, was turned into a statue of salt for disobeying the divine command not to look back.

Its materiality – the sculpture is made of consolidated salt – is a direct reference to the name of the Salpêtrière psychiatric hospital, which means rock salt in French. According to Viver, the allusion extends further, since all the memories of the French hospital were fixed with silver salts (a fundamental component of primitive photography).

In other rooms we find smaller reproductions of the same sculpture, either in relation to the aforementioned specimen from the Liber Chronicarum or with Virgins carved in ivory. Another one, this one of natural size, will be able to be in the second venue of the exhibition, that will be inaugurated next February 13, in the Architects’ Chapel of the Church of San Sebastian. The installation in this second space is entitled A beating heart and is completed with some large murals, which occupy the front and side spaces of the chapel.

The other two figures that establish a more striking relationship with their surroundings are a naked praying woman, who raises her gaze towards a painting of the Immaculate Conception from the seventeenth century, and another female figure partially covered by armour belonging to the museum’s collection.

As for the photographic part, the author uses the curious methodology followed in the Saltpêtrière to portray the inmates and reproduce their afflictions. Those responsible for the project at the end of the 19th century used the iconography that had been used for centuries, in painting and sculpture, to exemplify the mystical outburst and exacerbated devotion of the saints. To this shocking parallelism we can add Viver’s scenographic game which, at times, clearly indicates where the focus of our attention should be directed, while at other times it camouflages its intervention so that the visitor is surprised.

This journey through the lights and shadows of human nature can be visited in both venues until May 4. In addition, parallel activities have been organised for the two spaces, where the cycle of concerts of contemporary sacred music in the Chapel of the Architects stands out.