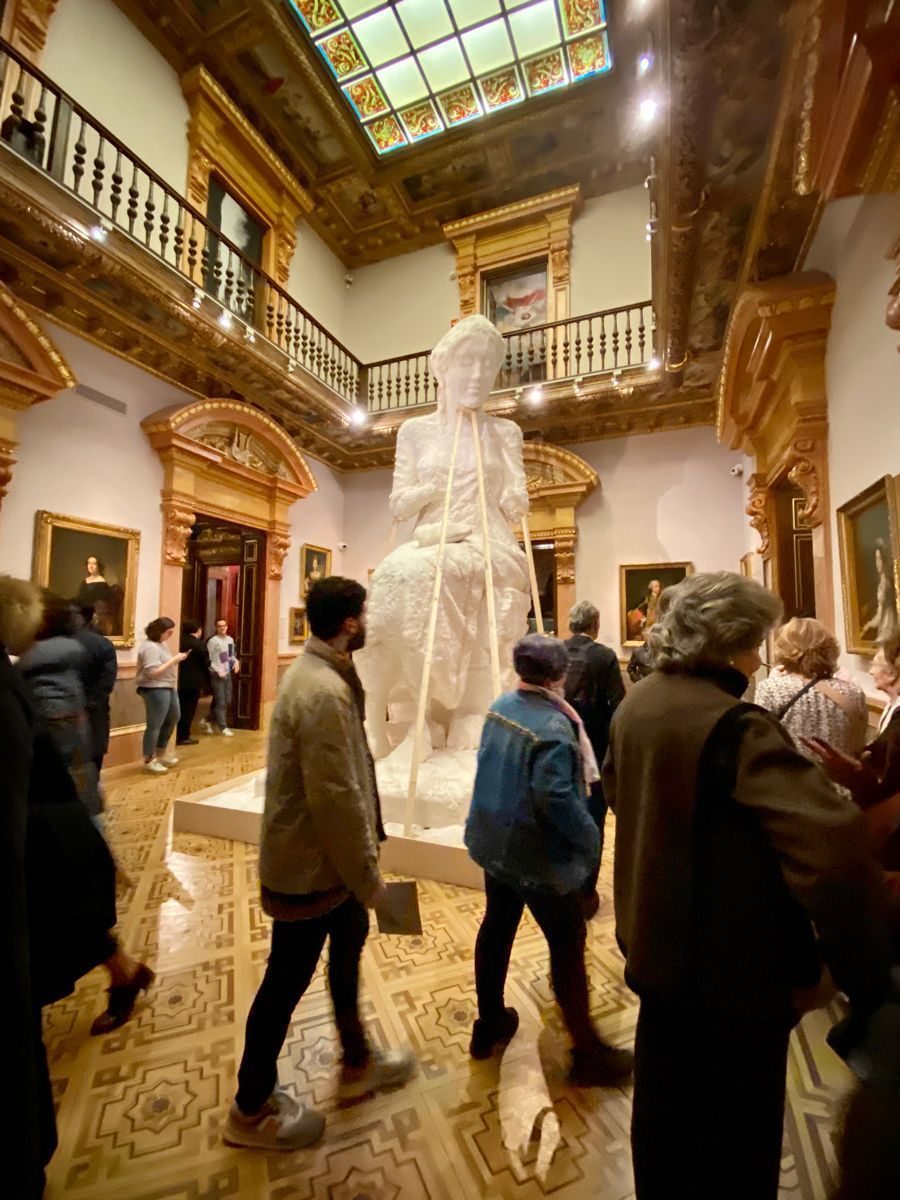 Javier Viver exhibits ‘Museum of Passions’, a reflection on human passions and the weight of the past with photography and sculpture

The artist from Madrid Javier Viver exhibits ‘Museum of Passions’, in two spaces in Madrid, at the Museo Lázaro Galdiano, and at the Chapel of the Architects, of the Royal Congregation of Architects at the Church of San Sebastián. The sculpture, like a six-metre-long ‘Woman of Lot’, and the photograph taken from her photobooks are used to intervene in both spaces. The exhibition has the collaboration of Gonzalo Golpe and Lupe de la Vallina.Javier Viver’s ‘Museum of Passions’ is being developed in two spaces in Madrid, in the Lázaro Galdiano Museum, whose intervention can be enjoyed since last Wednesday 5th February, and in the Architects’ Chapel, of the Royal Congregation of Architects in the Church of San Sebastián, which opens on Thursday 13th February at 8.30 pm. Both spaces can be visited until May 4th.Javier Viver proposes a reinterpretation of the Museo Lázaro Galdiano at the main headquarters of ‘Museo de pasiones’, with human passions as the main theme, relating photographs of the Parisian psychiatric hospital La Salpêtrière, which he reinterpreted in his book ‘Révélations’, with the works from the Lázaro Collection, with the collaboration of Gonzalo Golpe.

‘Lot’s wife’, a monumental sculpture consolidated with salt, reminiscent of the biblical character of Edit, turned into a statue by looking back, becomes the main piece. Viver questions the nostalgic look at the past and, as a consequence, death: “The refuge in the securities of the past as an escape from the contemporary task leads to death”.

The photographer Lupe de la Vallina has collaborated with the photos that are in the weapons room, where other of the sculptures that Viver has created for this exhibition can be seen.

© Roberto VillalónOn the first floor of the museum there is a space dedicated to Viver’s three photobooks: the published ‘Révélations’ and ‘Aurelia Immortal’, but you can also see the model of his next release ‘Cristos y Anticristos’ an intervention on a Gospel of Saint Matthew from 1930, illustrated with images of the Spanish Civil War, which will be presented in the coming weeks.

On the other hand, from next Thursday, you can visit The intervention in the Architects’ Chapel of the Royal Congregation of Architects in the Church of San Sebastian, entitled ‘A beating heart’. It will consist of seven murals, based on the images of ‘Aurelia Immortal’ -some of them up to 9 metres high- located in the front and side openings of the chapel and a sculpture of Lot’s wife, on a real scale, under the central axis of the dome.

Javier Viver (Madrid, 1971) is a sculptor, photographer, designer and photobook editor. D. in Fine Arts from the Universidad Complutense de Madrid with the thesis ‘Laboratorio Val del Omar’ (2008), published the same year by Cameo in documentary format. His work debates between imagery and iconoclasm as means of the appearance of the invisible. His work ‘ESpHeM’ (2001), a fictitious company of ephemeral architecture proposed the use of packaging systems to inhabit the world and was shown internationally at the Reina Sofia National Museum; the Queens Museum of Arts, New York; Recoleta, Buenos Aires or the National Gallery of Modern Art in Rome, among others. Recently he published the photobook ‘Révélations’ (2015) with Editorial RM, for which he received the prize for the best art book of the year, awarded by the Ministry of Culture.