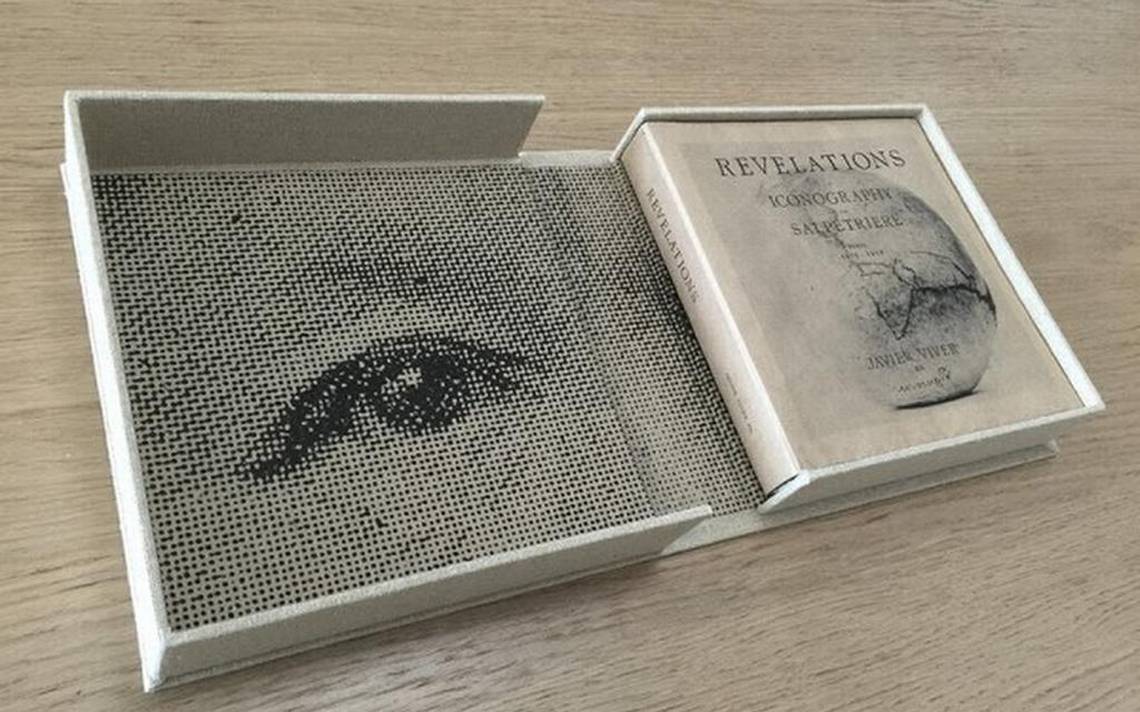 To speak of La Salpêtrière, the famous hospital in the 13th arrondissement in Paris, where Charcot, the father of modern neurology, developed a large part of his work (and where Esquirol, Freud and Vulpian, among others, passed through), is to speak of a classic. For that reason, and because his most recent publication: a fabulous catalogue with images of the hospital’s patients has just been published by RM publishing house, we meet the Spanish artist and researcher Javier Viver (Madrid 1971), who, in addition to this book, has already completed a couple of exhibitions with the faces, looks and gestures that the hospital’s doctors and photographers have been archiving for years.

What is Revelations. Iconographie de La Salpêtrière, the edition just published by RM publishing house: “My personal view of a photographic archive of a Parisian psychiatric hospital, its characters and authors. And on the great narrative that made it possible to create the monster”.

In The Invention of Hysteria, Didi-Huberman reads the images that are preserved from the Charcot period in La Salpêtrière as an immense museum of pathological poses. However, in your book, in addition to the pose there is something else, something that is transmitted through the gaze, the “aura”, the eye. Is this “reflection” on the eye intentional in your selection? “The eye is a conduit to and from, a mirror. The body, the wrinkles and gestures of a patient, also the malformations, are the traces produced by his gazes. These are -in turn- impressed by the photographer’s eye-camera and edited throughout history. Mine is one more edition. If you slip through that eye canal you can see the invisible. That which only the patients of La Salpêtrière saw.

On another level, you find that in crises patients often reproduce gestures traditionally associated with religious art. In the doctors’ catalogues, hysterical ones are described as a phase of crucifixion followed by a state of hysterical rapture and sleep or sleep. This reminds me of what Zambrano said: after tragedy there is only room for mysticism.

He would not have won Revelations… with a prologue that informed about you and La Salpêtrière’s iconographic archive… “In my opinion, one thing is the photobook, which as such has its own independent narrative entity, and another is the opportune comments on the author, the context and the work, which are part of the pedagogy and the criticism. It happens as in a good film in which the voice-over appears as a double addition to the cinematographic narrative. From my point of view, the work must breathe open to the multiple resonances that it can arouse. The explanations are later. Perhaps we are in a special moment of maturation of the photobook as an artistic medium. This implies that the reader should learn to read the images in a sequence. Understanding that the appearance of the text must be essential and not accidental”.