Javier Viver: “There is a relationship between the processes of madness and those of creation”
Javier Viver (Madrid, 1971) is a multidisciplinary artist who has published “révélations, iconographie de la salpetrière. Paris 1875-1918” (MRI), a photobook where images from one of the first psychiatric photographic archives are displayed in a narrative way. With “Révélations” Viver has won the prize for the best art book, awarded by the Ministry of Education, Culture and Sport.
Irene Calvo 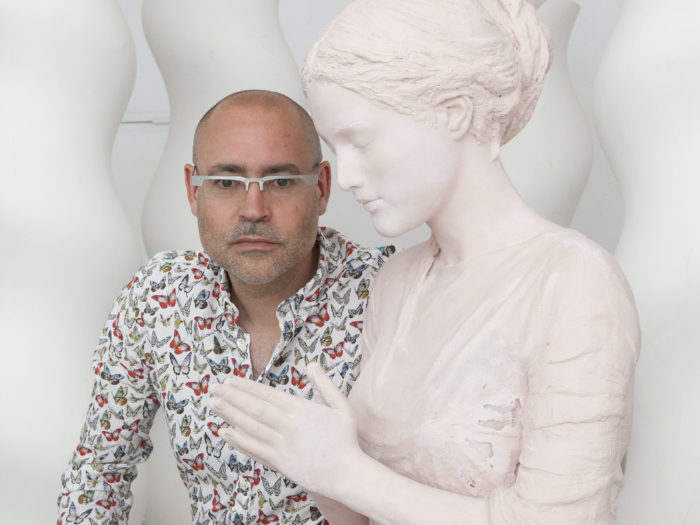 Javier Viver in his studio

You are a sculptor, photographer, designer and editor. Do you feel more comfortable in any of these disciplines?

I like to work with different media and when I don’t know about a medium, I ask. It’s like making films, you don’t have to know how to do everything, you can entrust the script to someone, work with a good director of photography; and in the end the director is the one who gets that unity.

Have you done any work that brings together all the disciplines you handle?

The idea of total art?… Well, we just made a chapel in which there is photography by David Jiménez and Alejandro Marote, furniture and object design, sculptural images, painting and possibly at the opening we will make music, so it could be that total art. 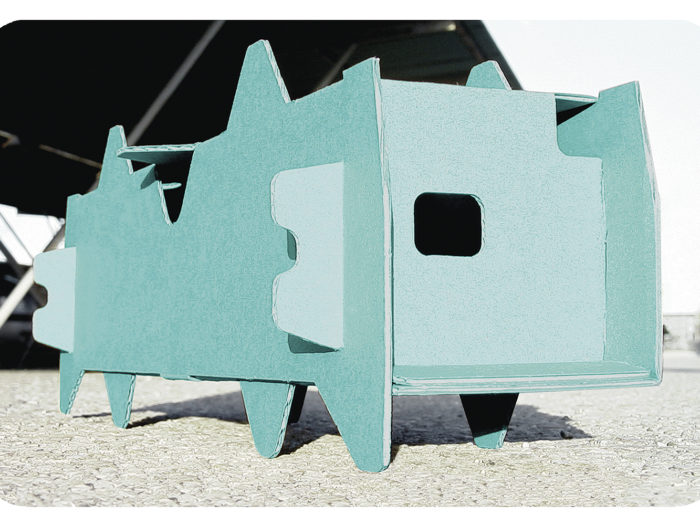 You work with concepts such as the invisible, imagery and iconoclasm. Do these themes condition all your projects?

More than conditioning, I think they open up very dynamic paths for me. I earn my living as an imager and I say this very comfortably because I think it brings something important to my work that has to do with communication and service which, I think, are key nowadays. I think that the dimension of the artist-imaginer is important: that he communicates again and makes, in the baroque sense, cult images that connect with the public. For example, this happens in photobooks like “The Afronauts”; they are images that connect with people quickly, which is why I am also interested in photobooks as a very democratic format. It is also decisive that the artist recovers his status as a storyteller, that is, a person who tells stories; if we look back, all the artistic pieces told a story in the public domain: a fable, a myth, a historical or religious fact… the self-referential has taken on too much prominence.

The Baroque seems to be a clear influence in your production, what other references do you have?

The Baroque allows high culture to be reconciled with popular culture, a work must maintain reading levels that allow everyone to be included. On the other hand, I am closely linked to the Spanish tradition, to the Generation of 27, to poets like Lorca and the filmmaker Val del Omar with a very intense poetic approach linked to mysticism, and mysticism in Spain is linked to the mastic, to the material. This has to do with my idea of art: my artistic career has consisted of recovering that concrete reality that appears from the extraordinary. The point of balance is to maintain an intense conceptual discourse and, at the same time, a very accessible plane of reading. 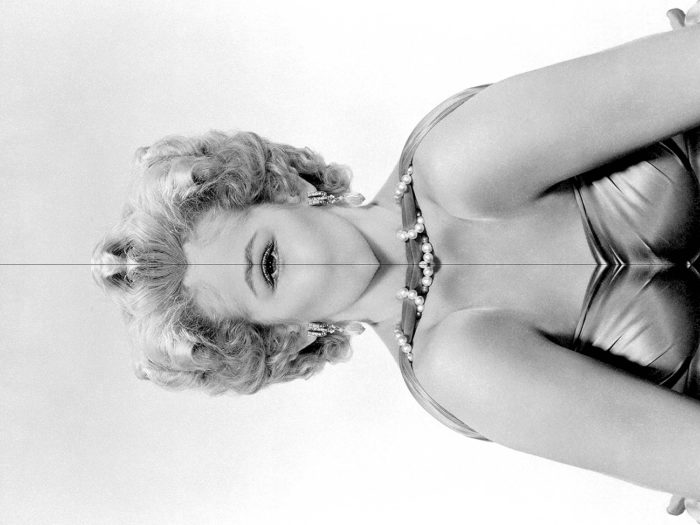 Your first artistic projects dialogued with the space through ephemeral architectures, then you made the series “The Celebrities” that talks about narcissism; and suddenly “Révélations” appears, something totally new and that breaks with all the previous, how is this process?

Perhaps the best known thing at the beginning of my career was ephemeral architecture projects, but I have always been doing figuration and abstraction, for me they are parallel paths, different ways of accessing what we do not see because, as an artist, if I can show something it is what is not seen. These concepts were taking more and more importance in my discourse, reaching a key piece in my production, which are those daffodils of “Celebrities” where there is a state of the art approach to the question of self-referentiality and the loss of the face of the contemporary artist, his loneliness and lack of communication. From there, imaginary projects arise. It can be said that “Révélations” is an imagery project.

How did the book “Révélations” come about?

In 2012 I began to consult archives on madness, because it seems to me that there is a relationship between the processes of madness and those of creation, both of which circulate through approaches that have nothing to do with the rational, situations of crisis in which very pure knowledge is revealed. That is the starting point of the project. In La Salpêtrière’s archive I found everything I was looking for. I spoke to Horacio Fernández, told him about the project and from the beginning he helped me to put it into a book format. At the same time, I got in touch with Gonzalo Golpe, another key person in this book, who helped me solve editing issues and give the book a reading pace. 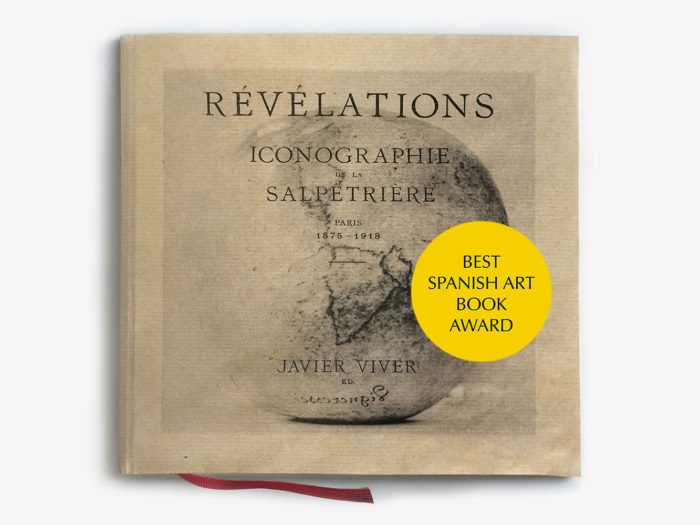 How do you find a narrative thread between scientific and documentary photographs?

Initially I used a sounding board, which is the history of art. It is very difficult for me to understand a contemporary piece without understanding all the references behind it and when I started to look at the images in La Salpêtrière’s archive I realised that all the poses in the photographs had references in art history. I immediately saw that it was possible to articulate a book that had as its thread all those sequences of images and stories that you can find in a museum like the Prado. It establishes references that we all have and that is why it allows communication. But the book is autonomous and open to multiple interpretations. Possibly the book will have very different readings in a few years, but I think it is important to create the piece. In many cases you are not aware of all the connections it produces and I am learning a lot with these interpretations of the book. That’s when I think an interesting piece is produced.

Is there a possibility to see “Révélations” in an exhibition space?

Before taking the book out I made a ten box edition to see how the book could work. Then we published it. And now I’m talking to some institutions to see if it’s possible to hold an exhibition, as if it were an “Archive of the Unclassifiable”. 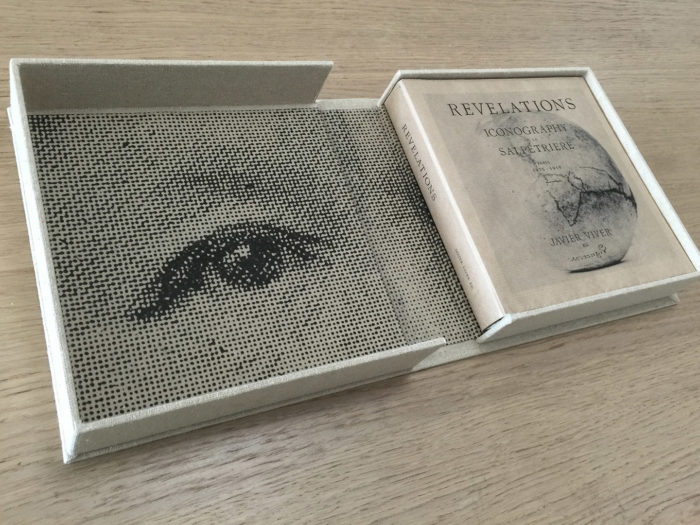 What does it mean to win the Prize for the best art book awarded by the Ministry of Culture and Sport?

The book had been waiting for three years until it was published. And now it’s sold out in a few months and they give it several awards and nominations. I think it’s important to put success and failure into perspective. The important thing is to work with a certain independence from the results. But we all need recognition. In this case it also means recognition of the photobook as an artistic discipline and not just as a document of another reality. This movement around the photobook, in Spain, has produced memorable pieces.

What projects are you working on now?

I am working with the Museo Universidad de Navarra, with Rafael Levenfeld and Javier Vallhonrat, to make a book and an exhibition about a jellyfish that is biologically immortal. It is a circular book, like the cycle of the jellyfish, and it opens the debate on the modern claim to be immortal. 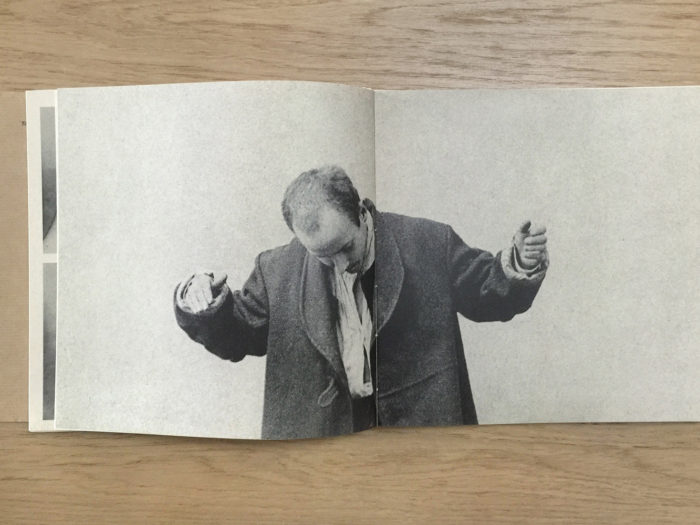