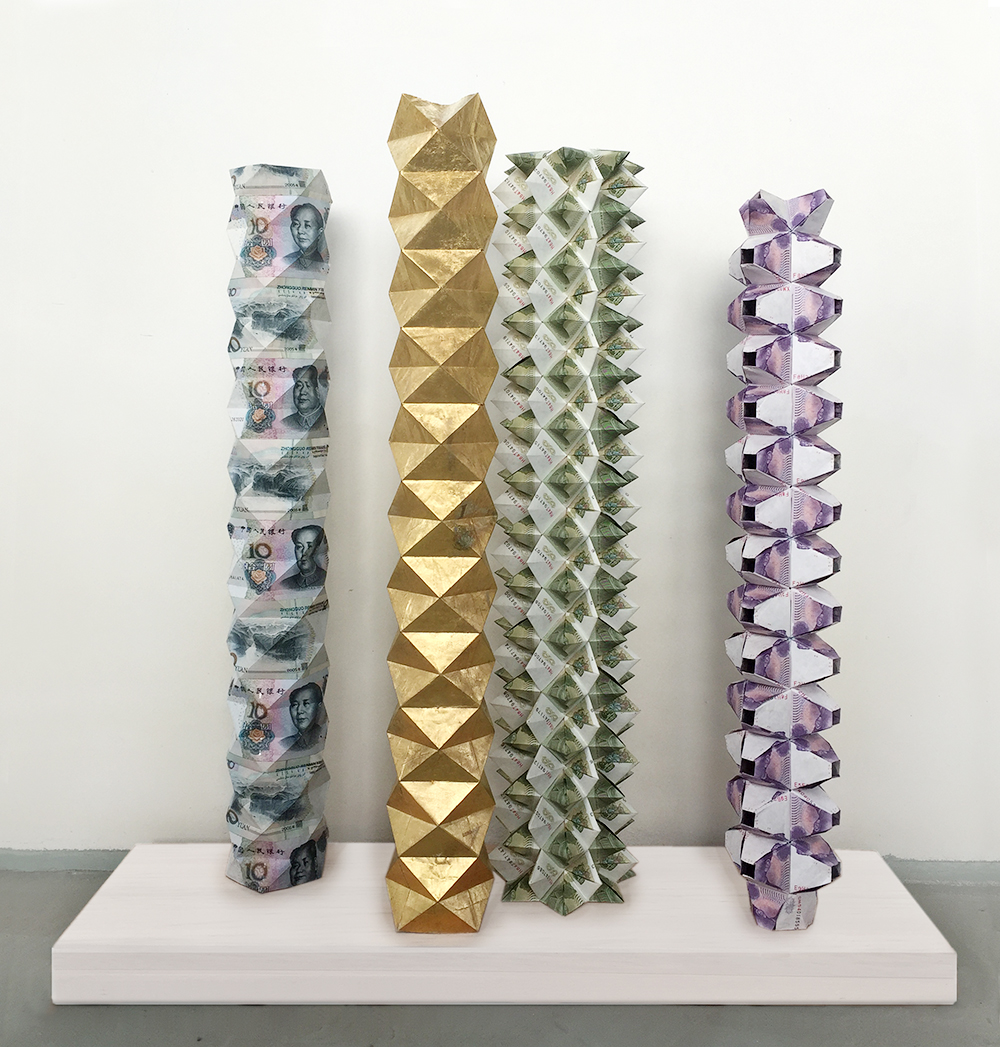 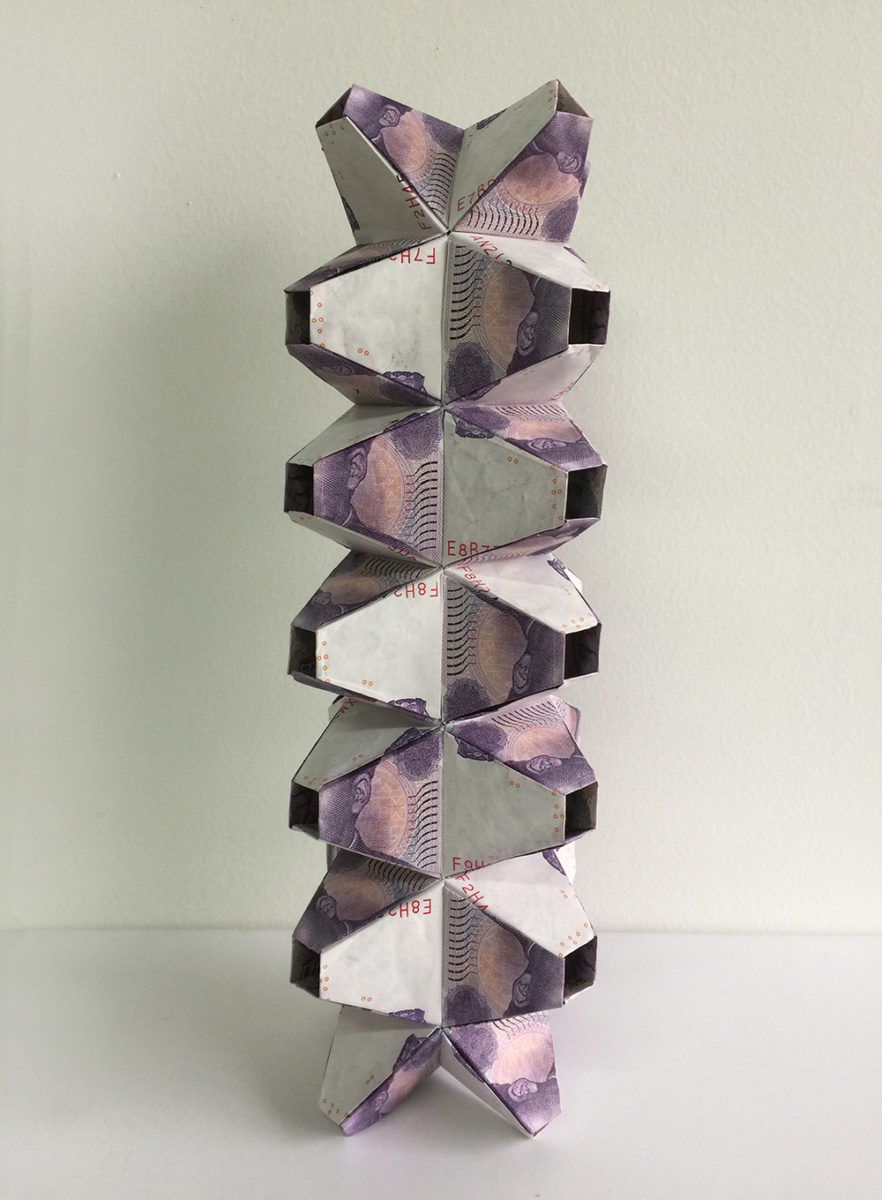 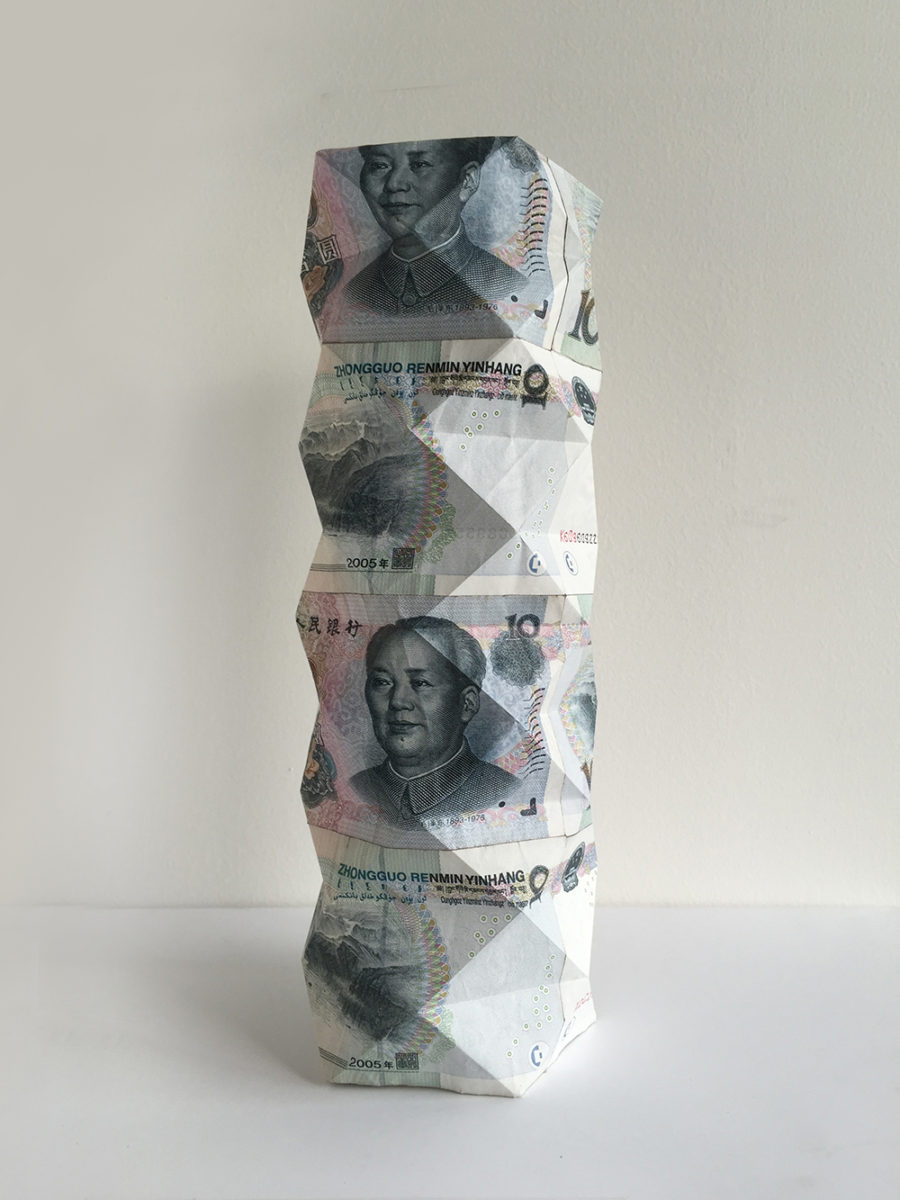 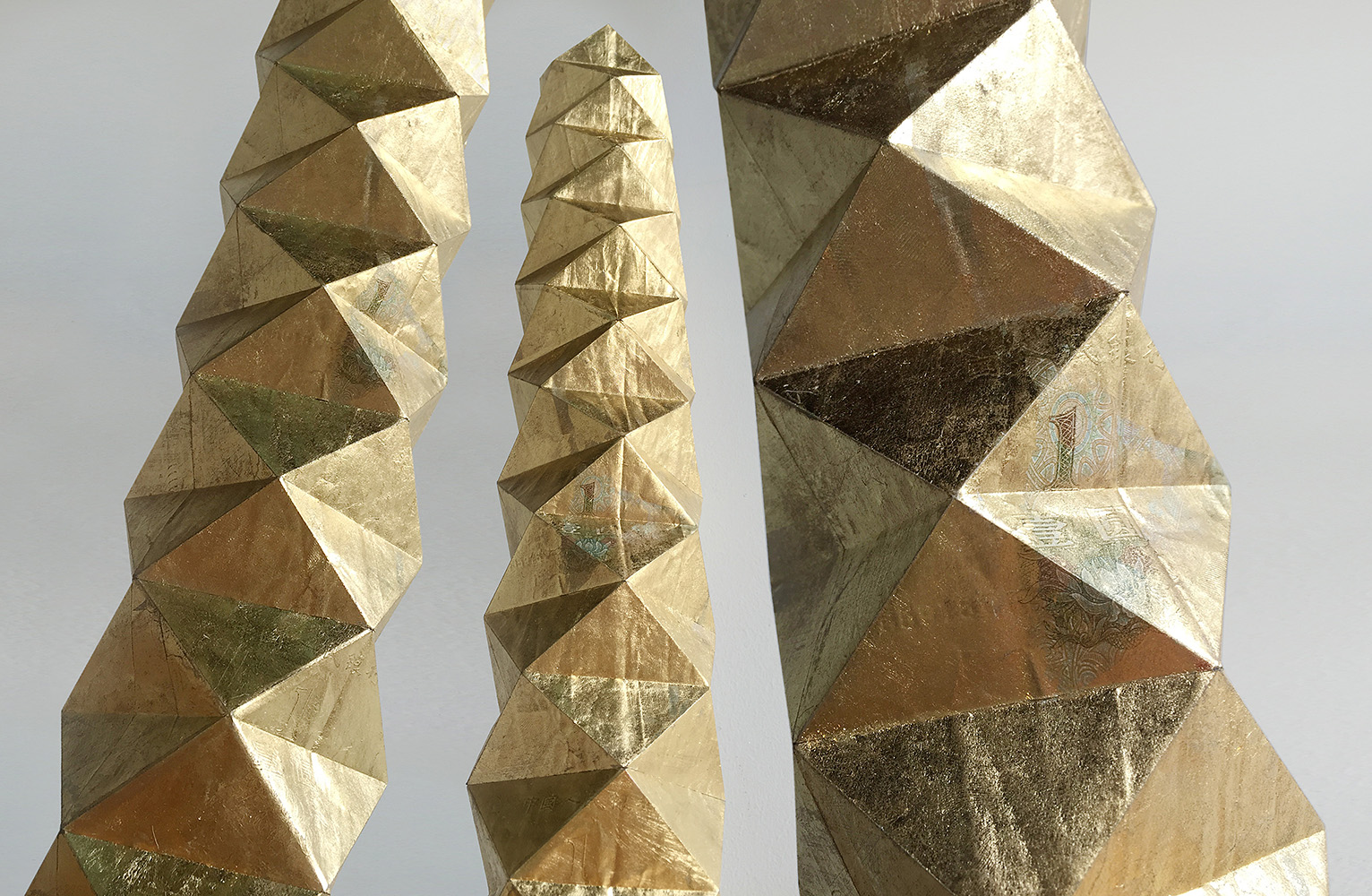 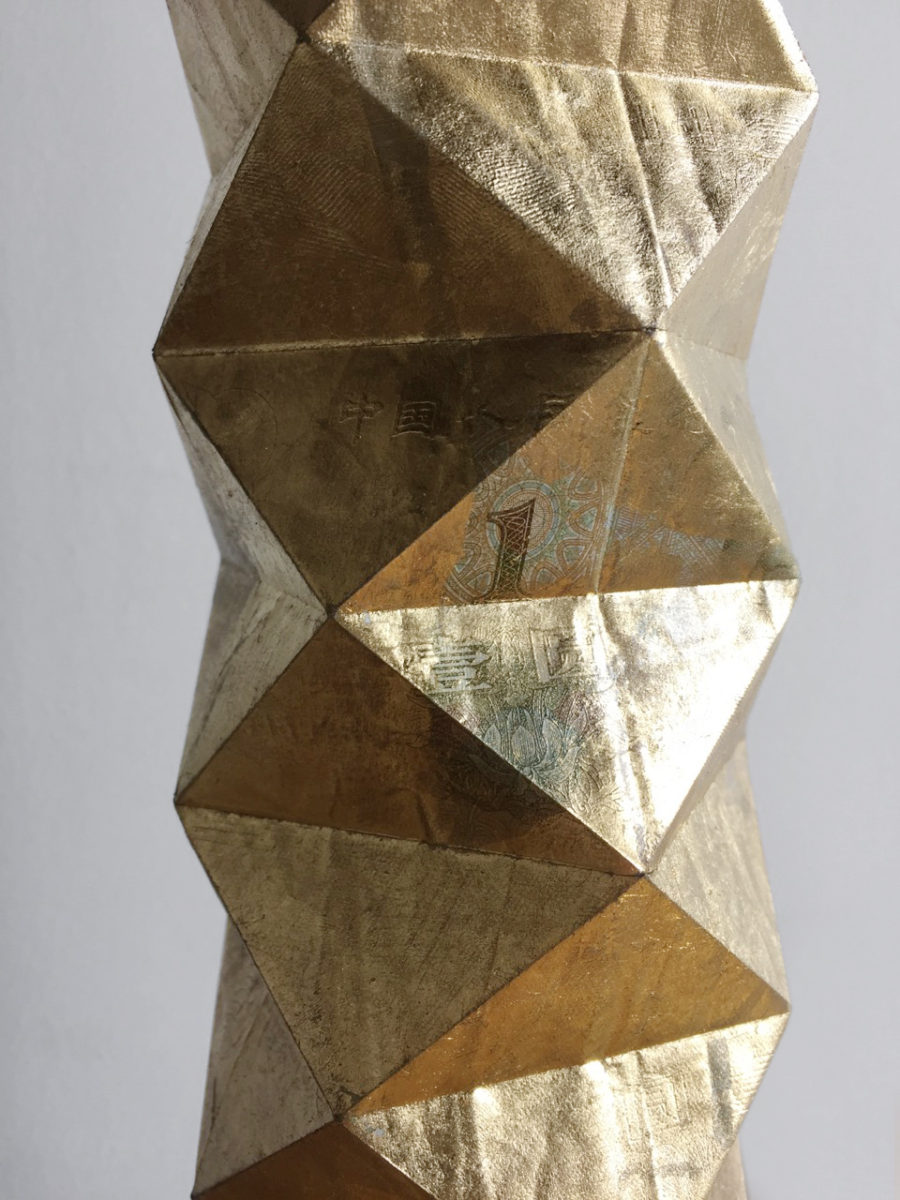 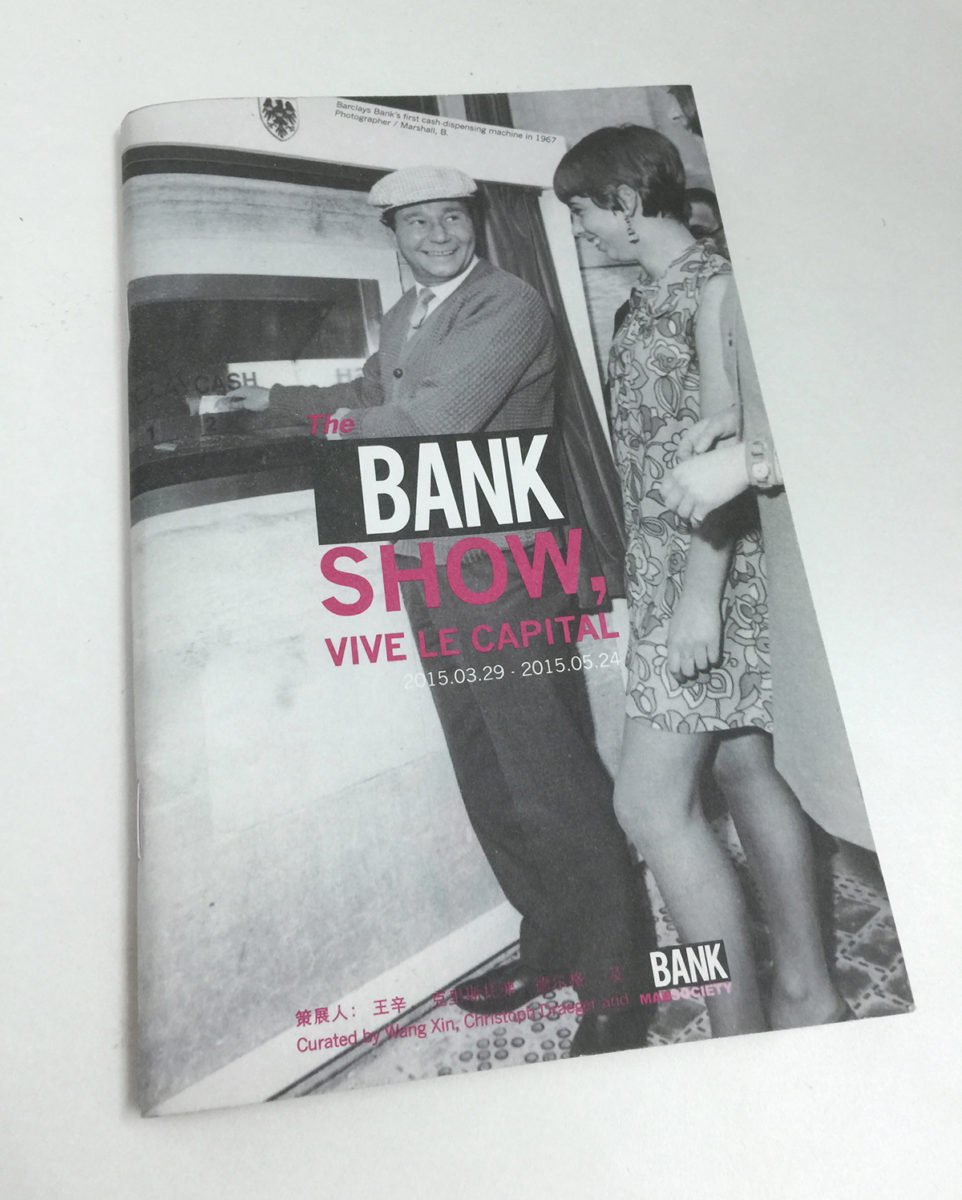 Catalog of the show.

Javier Viver presents some models of futuristic buildings created using Chinese currency. One is coated in 24-carat gold to illustrate the expense and luxury of the skyscrapers. Global Times

“The relationship between currency and art is as elastic as the stretch of the imagination. We wanted to make an exhibition that’s relevant, critical and fun,” Wang Xin. Curator.

The New China by Javier Viver

“One day I heard a very well known Chinese artist telling he doesn´t like the new China. He was speaking about the demolitions policy. Every day we see modern alien towers beside the old neighborhoods. New cities built by the supreme economic criteria of a few ones wealth.

I do not reject market. It would be a cynical position. But market should be leaded by a big identity beyond the capitalism. Other wise China will be an extension of the great cultural and economic crisis of western world. And about that I think we can say something.”

It is easier to imagine the end of the world than the end of the current order of capitalism. – Fredric Jameson BANK presents The BANK Show, Vive le Capital an exhibition that explores, celebrates, and critiques the omnipresent power of global finance through its site-specific venue, the former Bank Union building in Shanghai’s historic Bund district (est. 1925). In the past, political ideology and religious conviction shaped the conduits of power, but as the world accelerates into the 21st century the fate of human sustenance is more and more dependent on the ebb and flow of capital. Over the past decade the divide between the haves and have nots, global south and north, have become less tenuous while national identity and borders have become more tenuous. Through this exhibition we aim to flush out some perspectives from artists and others that examine the momentous and intimate experiences with multi-national capitalism: its virtues and vices, catches and loopholes, what it renders visible or precarious along a discursive discourse from Marx to Piketty.

At the outset of the 20th century BANK’s home was at the epicenter of global commerce. Shanghai played host to banks from throughout Europe and the United States as an outpost for Asian manufacturing and trade. Shanghai’s Bund essentially incubated what we know today as modern market globalization. Taking BANK’s distinct location and historic context as a departure point The BANK Show considers creative practices as impressed in the world of global capital and finance, rather than reducing them to vapid gestures of political correctness or over-simplifying dichotomies of morality.