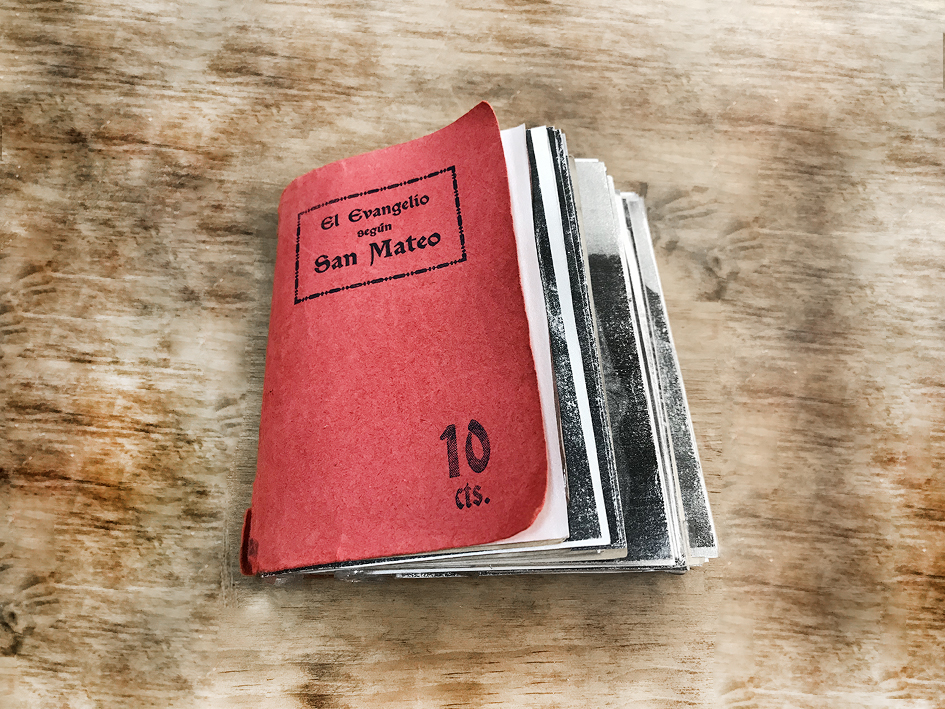 Place and date of publication: Madrid. May 2020 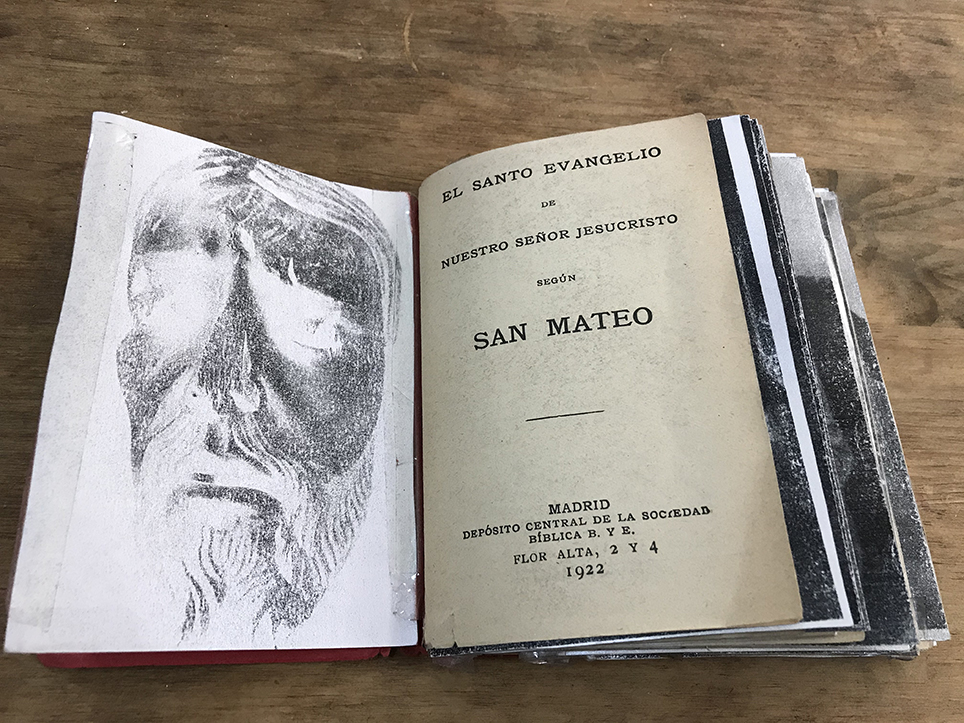 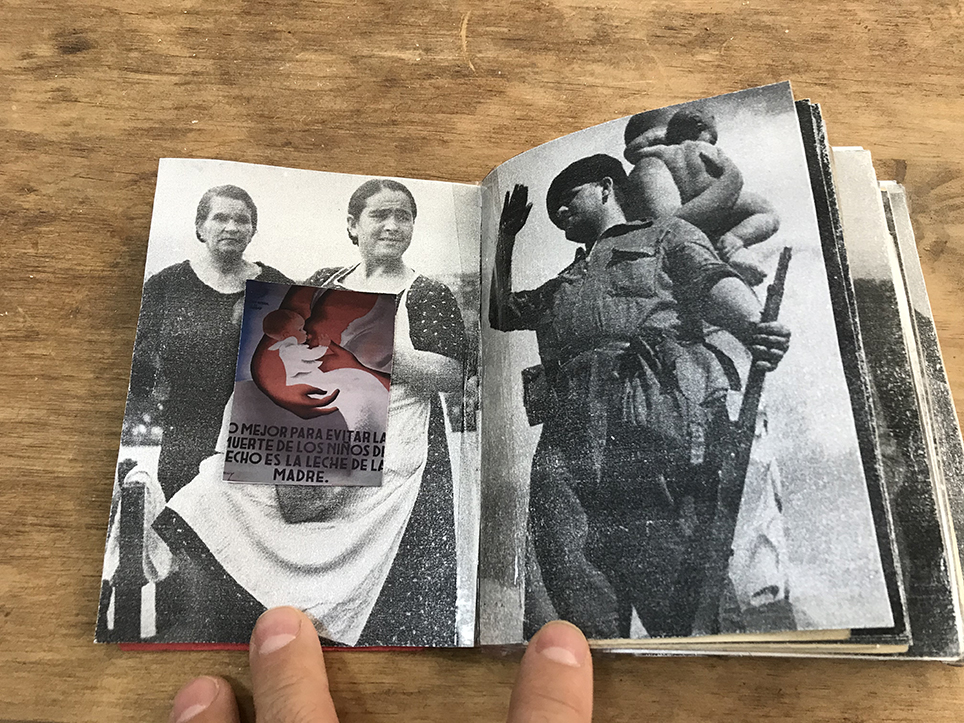 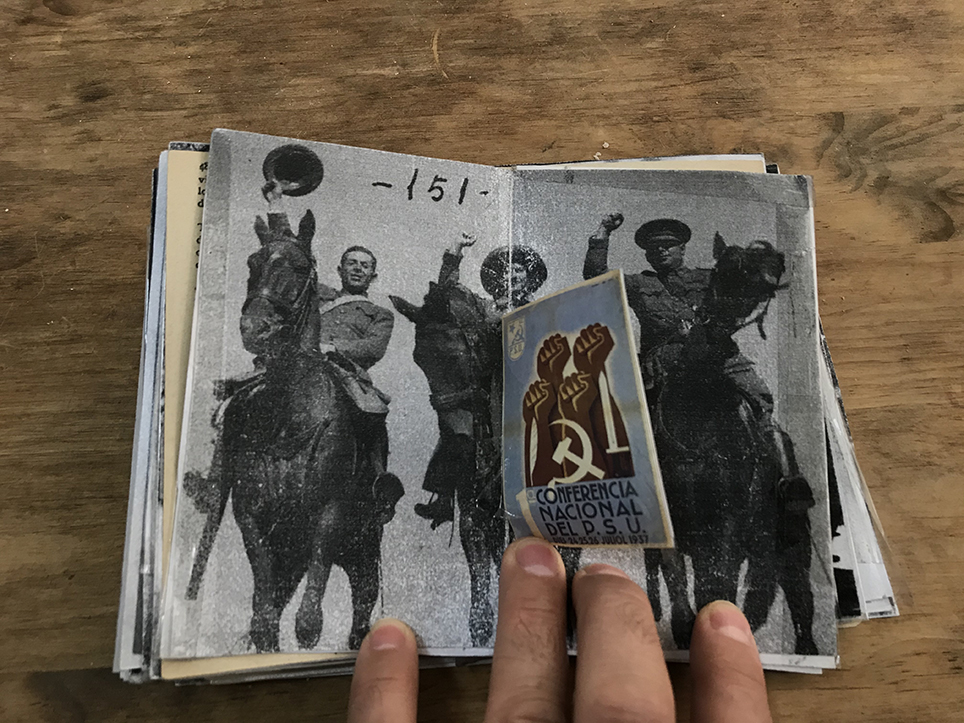 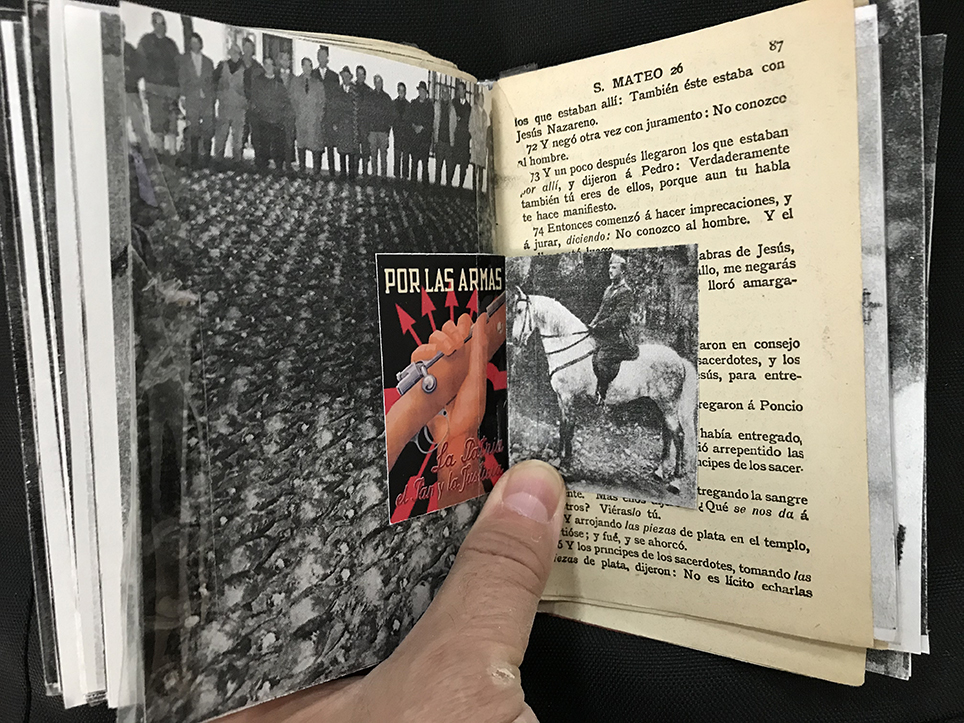 On a pocket copy of the Gospel according to Saint Matthew, published in 1930, Javier Viver composes a visual account in the form of an illustrated bible incorporating sheets with photographs of the Spanish Civil War and the desecration of religious images.

The story, which Viver highlights in red over the original Gospel, is clear, does not allow for manipulations or when they exist, and shows his imposture. Thus, he tries to flee from common places, and shows the contradictions of an incendiary democracy or a warlike crusade as incarnations of the Antichrist.

In this particular contribution to historical memory, Viver seeks to overcome the simplistic readings that ideology imposed on the two opposing sides, to discover the gestures and attitudes of Christs and Antichrists through the most beautiful images of the Civil War and its protagonists. A book, in short, that proposes the overcoming of the conflict through memory and the understanding of the tremendously human background that runs through it.

As he did in his first photobook Révélations, which won the National Prize for the best art book in 2015, Viver tries to decontextualise the images to allow for an infinite number of complementary interpretations.

Of particular interest are the photographs of the desecrated images, which document the traces of the passion represented, reaching unbeatable levels of realism.

The book is also accompanied by a collection of micro-perforated prints, similar to ration cards, with images of war posters that seem to reproduce some of the photographs shown textually. Once again, document and fiction, reality and what is represented, coexist and question their limits.